This post is a part of Made @ HubSpot, an internal thought leadership series through which we extract lessons from experiments conducted by our very own HubSpotters.

ClichÃ©: A picture is worth a thousand words.

Last year, my colleague Karla Cook gave our readers a 3,000-word peek behind the curtain into a new SEO strategy we implemented at the beginning of 2018. That strategy, which was designed to fix a traffic plateau across the blog, increased our organic traffic by 25% year over year — to eight million organic pageviews per month. This is about three million new organic views we didn’t have at the beginning of 2018.

Where that traffic is coming from is equally exciting.

As I said, our new SEO strategy launched our organic blog traffic to heights it had never been to before. But that strategy had another, somewhat unintended consequence for us.

While we increased our total organic traffic by 25% from last year, we increased our image search traffic by â€¦ wait for it â€¦ 779%. This refers to traffic that comes from people who conduct a search in Google, or a similar search engine, and click on an image result that leads to the HubSpot Blog.

“Pics or it didn’t happen, Braden.â€� As you wish:

Our image traffic accounts for just under 2% of our blog’s total monthly organic traffic, which, in the scheme of things, is not all that significant. But even though the vast majority of our organic traffic still comes from web search (the written blogs themselves), our image traffic’s rate of increase (779%) is vastly disproportionate to that of our total blog traffic (25%).

And let’s be honest, 2% of 8 million is nothing to sneeze at.

But what made the difference, if not just our new blog-aligned SEO strategy?

As it turns out, we had a few other tricks up our sleeve along the way that gave our images some extra juice on the search engine results pages (SERPs), all of which are just good best practices in commercial content creation.

In the HubSpot COS, weâ€™ve almost always filled in image alt text fields with text that (tries to) describe the image it’s associated with. Last year, though, we started taking alt text way more seriously.

Rather than automatically fill image alt text with the image file name â€” something the HubSpot COS conveniently does for you so this field isn’t left blank â€” we now optimize each image we embed with the keyword the blog post is targeting. Then, we add language that puts this keyword into context that reflects the image it’s describing. 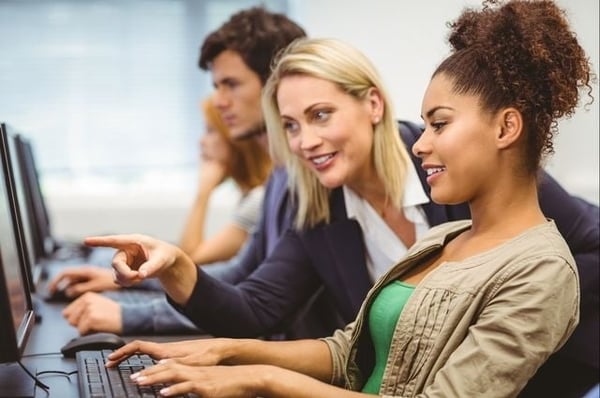 Now, let’s modestly estimate that one in three HubSpot blog posts (33%) have at least one image embedded on them, not including the article’s featured image. HubSpot publishes (or republishes) approximately 260 blog posts every three months. If we were to extrapolate this alt text process for 33% of these blog posts, that’s at least 87 images that can potentially capture new organic traffic for us every quarter.

Read more about our teamâ€™s approach to alt text in this blog post.

At HubSpot, we create a ton of valuable resources for our readers to download, ultimately making them a qualifiable lead for the business. However, there are still a ton more resources our readers want for which we necessarily don’t have a lead generation strategy but still garner valuable organic traffic. And these resources appear in image form on many SERPs that are important to us.

These resources include inspiring business quotes, resume templates, sample emails, and even image thumbnails that appear in Google’s featured snippets.

To identify these images, the SEO team analyzed where HubSpot was getting most of its image traffic already, and categorized these sources into image types. Then, we worked with HubSpot UX designer Amanda Chong and the rest of our creative team to develop original HubSpot image templates for each image type.

These new image templates allowed the blog team to effectively “brand” various images they might not otherwise embed into a blog post and add alt text for each image using the style described above to expose it on the right SERPs. Here are a couple examples of these branded images now live on HubSpot content: 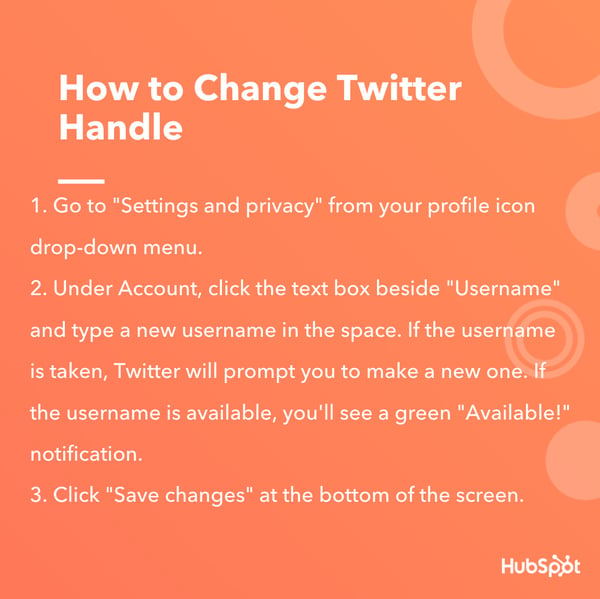 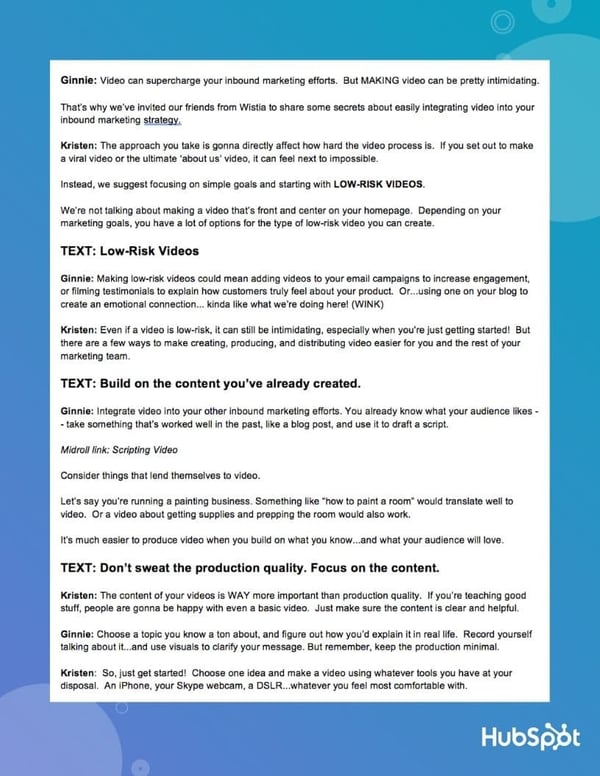 HubSpot’s â€œSearch Insights Reportâ€� is a quarterly manifestation of our SEO strategy, delivered directly to the blog team every three months. These reports consist of more than 200 blog post topics, all rooted in searches for which we want to appear on a SERP, that our writers take up and publish over the course of 90 days.

And although we have obviously made deliberate moves to capture more image traffic over the last year, the radiative effect these reports have on our website traffic can’t be overstated.

For one, as we create these search insights reports every quarter, weâ€™re tapping into topics that are increasingly being found in image form. Thereâ€™s even data to support this — hereâ€™s a five-year trend line showing an increase in Google Image search for all queries related to â€œmarketingâ€�: 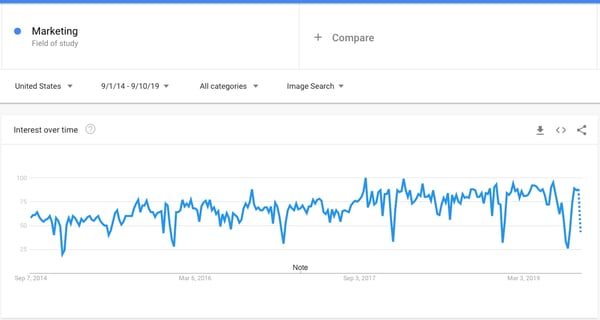 Hereâ€™s one for all searches related to â€œsalesâ€�: 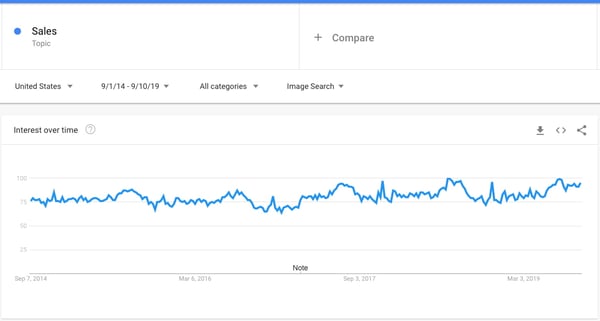 And, finally, for â€œcustomer serviceâ€�: 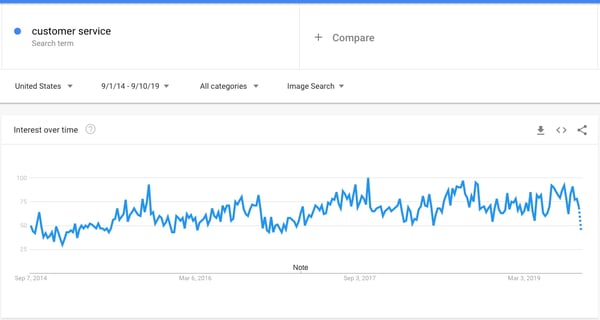 Conveniently, these three topics reflect the target markets of three of our blog properties: the Marketing Blog, the Sales Blog, and the Service Blog. But image traffic has gone up across the board, which means more traffic from image searches has become a byproduct of our new SEO strategy â€” one that has continued to grow as we capture more space on SERPs we didnâ€™t have before.

Plus, having a document that distills all of our potential content topics, and aligning the content team with this document, has earned us ranking on some of the most competitive search engine real estate we’ve ever seen. It stands to reason we’d see a little (alright, a lot) more image traffic as a result.

Itâ€™s easy for marketers to attribute website traffic increases to good SEO, but these results ultimately arenâ€™t possible without the time, creativity, and good judgment put into the content itself.