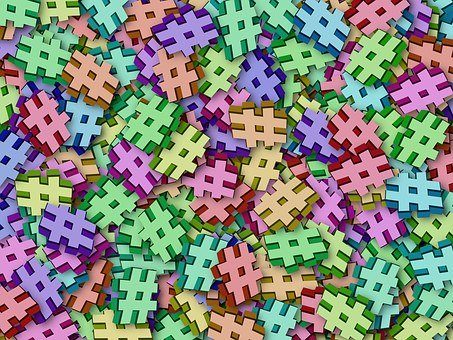 A pound key is a symbol many people see every day without even noticing. Nowadays, it’s especially widespread due to social media. Today, we’ll find out more about its history, usages, and alternative names.

The definition of the term

In the dictionary, one can find the following definition of the pound key. A pound key is a pushbutton of the telephone, which is marked with a corresponding sign. It can have several other names like:

The appearance of the symbol

A pound key is a combination of two parallel horizontal strokes and two right-tilted vertical strokes.

Bits of history to learn

In history, the sign was used to designate an ordinal number or as a ligatured abbreviation for pounds avoirdupois. It was introduced in 1932 and gained mass use in1970s. Then it was adopted by Bell Labs.

The symbol is derived from the Latin abbreviation lb (libra = pound). There are numerous studies conducted about the birthplace of the symbol. One can search for some books on the topic. For instance, Elizabeth Losh, an Associate Professor of English and American Studies, wrote a book called Hashtag.

Nowadays, it has many other meanings and usages.

Modern usage of a pound key

The symbol is used for a variety of purposes. Most millennials know it because hashtags start with this symbol. Since it appeared on social media in 2007, people started calling the symbol hashtag, too.

The symbol is used in Math. For instance, in set theory, topology, and number theory.

In computing, the pound key often appears in Unicode, ASCII, Perk programming language, C preprocessor, C++, and many others. Most programming languages have this symbol. Bloggers often use it to create a permalink for the post. Using this hashtag, readers would be able to find related posts.

This sign is used in chess to show Checkmate.

Talking about alternative uses, we can often observe a pound key in press releases because it marks the end. You can easily find it in medical shortcuts, prescription drug delimiter, etc.

In syntax, such a symbol shows that a sentence is semantically strange. While the grammar side is correct, a sentence marked with this symbol doesn’t sound right.

Where to find the symbol on devices?

On the mobile keypad, it’s usually on the right side at the bottom.

On the US keyboards, one can type the sign by pressing on Shift and 3. In Europe, such combination often makes a pound sterling sign. That’s why using the right Shift and 3 is better.

What’s the difference between a pound key and a hash key?

It’s a widespread question that people wonder nowadays. The answer is simple, however. They are the same. Before Twitter and Instagram started using the symbol, people called it a pound key. The appearance of a hashtag brought a new name for the same symbol. Now it’s called a hash. However, some users call it a hashtag, too.

We can still hear the word combination a pound key. For example, when you call commercial numbers, the recording often says dial the number and press the pound key. As we’ve just discussed above, this is the button at the right bottom.

Such a simple symbol we see every day has many meanings and uses. It’s so widespread one can come across it in any industry from programming to medicine.